I’m so excited to introduce you to the Webster and Paisley families. This prologue will be included in the novel Blue Twilight that releases on March 23, 2021.

Blue Twilight is the fifth Blue Mountain book and the first one set in Logan Bend. If you haven’t read the other four of these romantic mysteries, no worries. This one can be read as a standalone. Although, if you enjoy Blue Twilight, the rest of the series is available, starting with Blue Midnight.

I hope you enjoy Carlie and Cole’s story as much as I loved writing it. Don’t forget to order your copy of Blue Twilight!

In the years afterward, I came to think of that evening of the Logan County Fair as Blue Twilight. The transition from the light of day to the dark of night. Awash in the pink-grapefruit-hued light of the setting sun, I had no idea of what was to come. Life held only promise to me then. I knew nothing of the night. My sister and I thrived in the long days of summer like newly budded roses, dewy with youth and beauty. I believed the world was good and nothing bad could touch the people I loved. How wrong I was.

The highlight of summer for Beth and me had always been the county fair. Since we were small my father had taken us, leaving my mother at home for what she referred to as her Calgon night. Each holding on to one of our father’s hands, we’d weave through crowds to see the 4-H animals, the winning pies, quilts, and art. Of particular interest for my father was the new car on display, which we found boring but knew that if we were patient, the best part of the evening would come. The rides.

He’d buy us each ten tickets and then sit with his friends while we got our fill. I was too scared to go without Beth, so we always rode together. Our favorite was the Ferris wheel. It was the view that we loved, squealing with glee as the magic wheel lifted us high enough to see the entire fairgrounds, then dipped low only to climb once more to the glorious top. All the while music would play. The kind of music that made anything was possible. Our lives were ahead of us, after all. Nothing but promise.

Now, though, we were sixteen and seventeen, and being seen at the fair with our father was absolutely not done. We were here without my father for the first time. He’d fretted, but in the end had agreed that Beth could drive us in the family station wagon to meet the Paisley brothers.

I stood in line at the Booster Club’s burger stand with Beth and the Paisley boys. Smoke from the grilled meat wafted into the warm summer air and intermingled with dust kicked up from the hundreds of people traipsing through the fairgrounds. I loved this scent of summer, along with river water drying on rocks, coconut sunscreen, my mother’s roses, and dad’s charcoal grill. These were the staples of my young world.

The line for overly priced and mediocre food was long, and my stomach rumbled with hunger. Beth, me, and the three Paisley brothers, huddled together as the line inched forward slowly. I didn’t care. I’d stand here next to Cole Paisley the rest of my life if I could.

Cole Paisley. My confidant and best friend. The person I could tell anything to except for the most important thing. Athletic and bronzed with wavy hair that curled just right at the nape of his neck. Eyes the color of the river in the winters, somewhere between green and gray. Lover of books. The object of my undying yet unreciprocated love. Since we were eight years old, Cole and his twin brother, Drew, had been the center of my heart.

“Carlie, what do you want?” Luke Paisley draped an arm around my sister’s shoulders. “My treat. I got my paycheck today.” Luke and my sister were going to be seniors when school started next week. The high school quarterback and the head cheerleader were the envy of every kid in town. Blond and tanned, they fit together like two genetically blessed bookends.

“I’ll have french fries,” I said, smiling shyly at Luke. “But Dad sent us with money. He told me to tell you that you’re not to blow your hard-earned cash on my sister.”

“Your dad’s the best.” Luke smiled, but there was a hint of sadness in his eyes. Mr. Paisley was not the best or anywhere near it. The bruises on the boys’ backs and arms were proof of that.

“What do you want, doll?” Luke asked Beth.

“Nothing. I feel kind of off.” Beth glanced at me, then quickly looked away. A jolt of alarm charged through me. Something was wrong. My sister never turned down the chance to have a milkshake and fries. She liked to dip the fries in the blended ice cream. Our mother was the kind who didn’t like for us to have desserts. Her idea of a sweet was dates rolled in sesame seeds or carob oatmeal balls. We looked forward to fairground junk food all year.

“Do you feel sick?” I asked my sister.

“My stomach’s bothering me.” Beth twisted a strand of her hair around one finger. She always did this when she was nervous or upset. An ominous dread crept up my spine. I shook it off. Mom always said I had too much imagination for my own good. That’s why I had to have a lamp on at night even though I was practically grown. In the dark, I could swear there were bugs on the walls. When I turned on the lights, though, it was only the purple flower pattern of the wallpaper.

“You want to sit down?” Luke asked Beth. “I can bring you something.”

“Maybe you’re dehydrated,” Drew said. Cole’s identical twin brother stuffed his hands into the back pockets of his 501s and squinted at Beth from under his fringe of dark blond hair. “Coach Richards says that can make you feel sick to your stomach.”

Not many could tell the twins apart. They were constantly being mistaken for the other. But not by me. Yes, they were unnervingly similar. However, I could tell them apart just like that. I’d been able to from the first day they stumbled into Logan Bend Elementary School in third grade. It wasn’t their appearances that differed but their insides. They shared athleticism, but Cole was gentler and quieter than his outgoing, fun-spirited brother. Cole liked to work with wood and assisted his mother in her garden. Drew preferred social activities. In the hallway or lunchroom at school, he was almost always at the center of the sound of laughter. I adored all three of the Paisley brothers. But it was Cole I loved. Until last summer, when I suddenly realized I was in love with him, I’d thought he was just my favorite person. Now, though, I knew. He was the only one I wanted. Probably forever and ever.

“I might be dehydrated,” Beth said, faintly. “Luke, will you get me some water when you order for us?”

“You got it, doll.” Luke’s eyes were the same color as his brothers’, but his hair was a lighter shade of yellow and he wasn’t as thickly built. He was light on his feet and whip-smart. One day he would be a doctor. I felt certain of it.

“What happened to your glasses?” Cole asked.

“Glasses?” I asked, not understanding the question.

“I mean, why aren’t you wearing them? Can you see?” Cole asked as he peered at me. Fringed with dark lashes, his eyes had the power to make my stomach do cartwheels.

I could see all right, and Cole happened to be my favorite sight.

“Did you lose them?” Drew asked. “I lost my retainer, and my mom had a total cow.”

“No one wants to hear about your disgusting retainer,” Cole said.

Drew grinned and tapped his teeth with his fingers. “But look at these beauties. I have to keep them perfect for the ladies.” They were indeed straight and gorgeous, just as Cole’s and Luke’s were. Their mother worked at the orthodontist’s office in town. They’d been able to have braces for no cost. My mom told me that Mr. Paisley had been out of work for as long as she could remember. The burden of the household finances was on Mrs. Paisley.

Cole rolled his eyes. “What ladies are you talking about?”

“Oh, they want the Drewster. Trust me.”

I giggled. Drewster. Where did he come up with this stuff?

“Only when they think you are me,” Cole said.

“Completely false. Everyone knows I’m the fun one.” Drew winked at me. “Right, Carlie?”

“Um, I don’t know.” I looked away, not wanting to answer any questions about the differences.

Drew was right about the ladies’ adoration. Every girl in town wanted one if not all three of the Paisley boys. Boys envied them. Girls wanted them.

“Beth, you’re not looking so hot,” Luke said. “Should I take you home?”

“No, I’m all right,” Beth said, sounding weak. “But if I feel worse, will you guys take Carlie home? I don’t want to ruin the night for all of us.”

“Will Dad be mad?” I asked Beth. Our father hadn’t wanted us to ride with the Paisleys’ in Luke’s run-down car, afraid we’d have engine trouble and get stuck on the side of the road.

Luke pointed to a picnic table where a family was getting up to toss their empty cartons. “You guys, grab the table. I’ll order and bring it to you.”

“What’s going on? Are you really sick?” I whispered to Beth as we headed toward the empty table.

“Yeah, I’m okay. It’s probably the heat and being on my feet all day.” Beth was working at our local gift store and had just finished a shift before we headed out earlier. “I’m going to go to the bathroom. I’ll be back in a second.”

“All right.” I studied her for a second. She looked pale. Not wanting to act like Mom, I had to stop myself from feeling her forehead. She pressed my hand with her own. Clammy and cold despite the warm evening.

I watched her as she walked across the aisle toward one of the fairgrounds restrooms. She wore shorts and a tank top that showed off her curves and longs legs, but she seemed to be walking weird, as though her body hurt. What was going on with her? 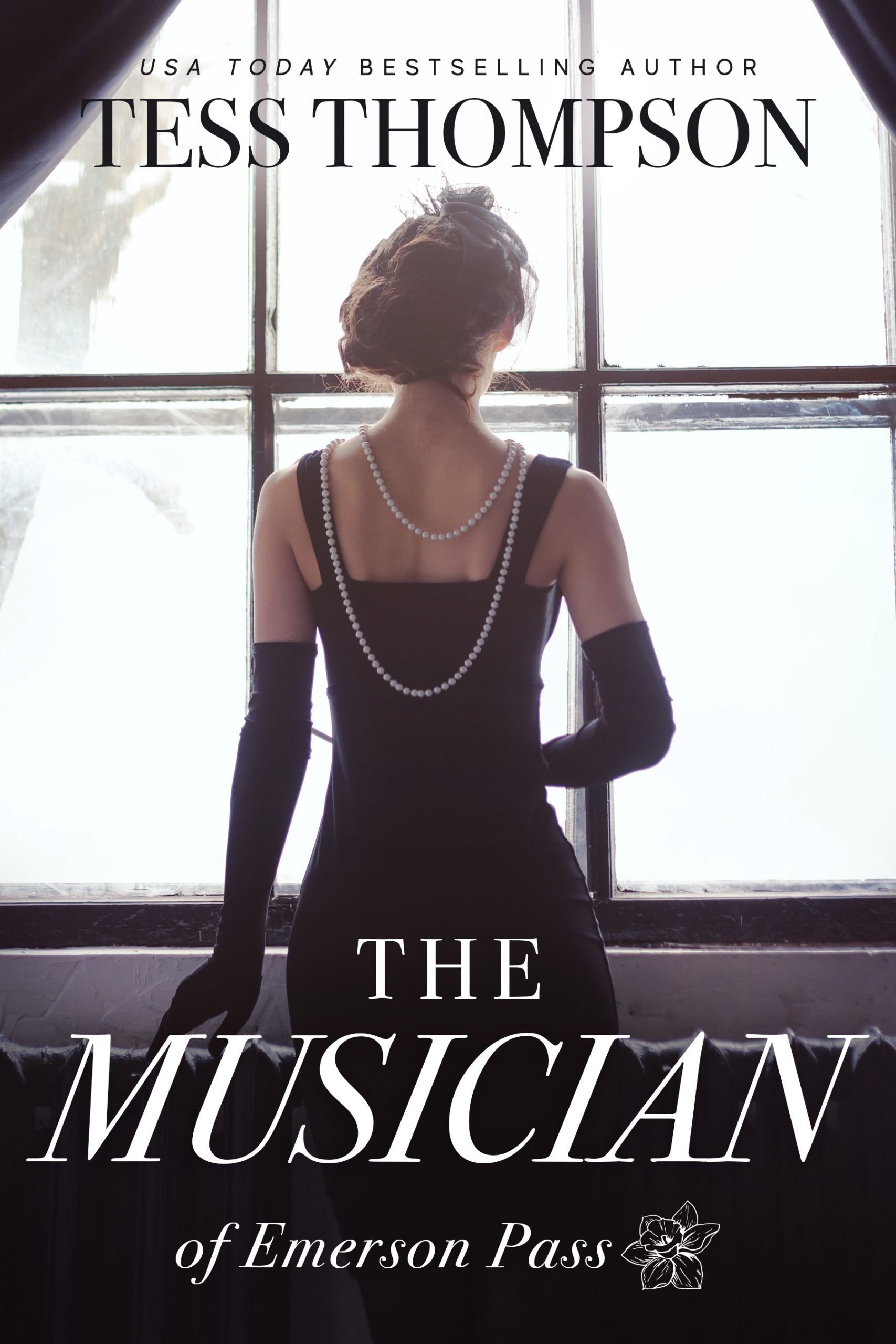