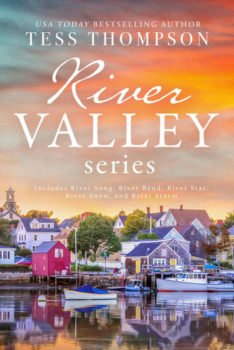 Small town romance to warm you heart. Courageous heroines, heartwarming heroes, suspense, and drama abound in this multi-volume bestselling series about a revitalized community. Visit River Valley and experience every struggle and triumph that will have you turning pages and leave you smiling as you rediscover passion, hope, community, friendship and second chances.

Lee Tucker’s life is a mess. In the wake of her husband’s tragic death she discovers he left her pregnant and one million dollars in debt to a dangerous loan shark willing to do anything to collect. Out of money and options, Lee seeks refuge in the small Oregon town where her mother’s dilapidated home sits vacant, as desperate for a fresh start as Lee herself.

With a baby on the way and a living to make, Lee opens a restaurant to generate some much needed cash. But just as she catches her breath, and the eye of a local musician offering a second chance at love, she finds herself right back in the clutches of the debt collector with more to lose than ever.

Annie Bell just wants to do the two things she loves: cook and care for her young son. So when she lands the role as head chef at a new restaurant, she fails to anticipate how quickly things change as her talent for cooking puts her quaint hometown on the map.

Amidst a flurry of publicity, Annie finds herself back in the sights of the abusive ex-boyfriend she thought she’d left behind. He wants nothing more than to make Annie pay, and she knows his threats are more than empty promises. Reluctantly, Annie accepts the help of a handsome, wealthy recluse, hoping to ensure the safety of her little family. But things aren’t always as they seem, and as Annie ultimately learns, her would-be hero has a dark past of his own.

Bella Webber is reeling from the end of the most toxic relationship of her life. In an effort to regroup, she ventures to the small town of River Valley to work on a movie filming there. A chance encounter with a strikingly handsome business executive has her falling instantly and unexpectedly in love.

But the object of Bella’s affection soon finds himself at the center of a murder investigation, accused of the crime and under arrest. Convinced of his innocence and hopelessly in love, Bella bands together with friends to find the real killer, facing her biggest fear to ensure the truth is revealed.

Genevieve Banks is one of Hollywood’s most successful actresses. While on set in the small Oregon town of River Valley, she forms a deep friendship with her handsome male co-star. He wants more, but trauma deep in Genevieve’s past holds her back.

When her closely guarded secret is revealed, Genevieve must make a painful choice: stay silent and let others suffer at the hand of the man who victimized her or confront the violence in her past and hold her abuser accountable.

Emerson Pass and Giving Back

I have a new series releasing April 1. It’s a weird one…because I’m me. In a nutshell, Emerson Pass is a small-town romance series. That part’s not weird for me, as that’s my lane. I have a heart for small towns, having grown up in one. I can’t seem to stop writing about them. However,... 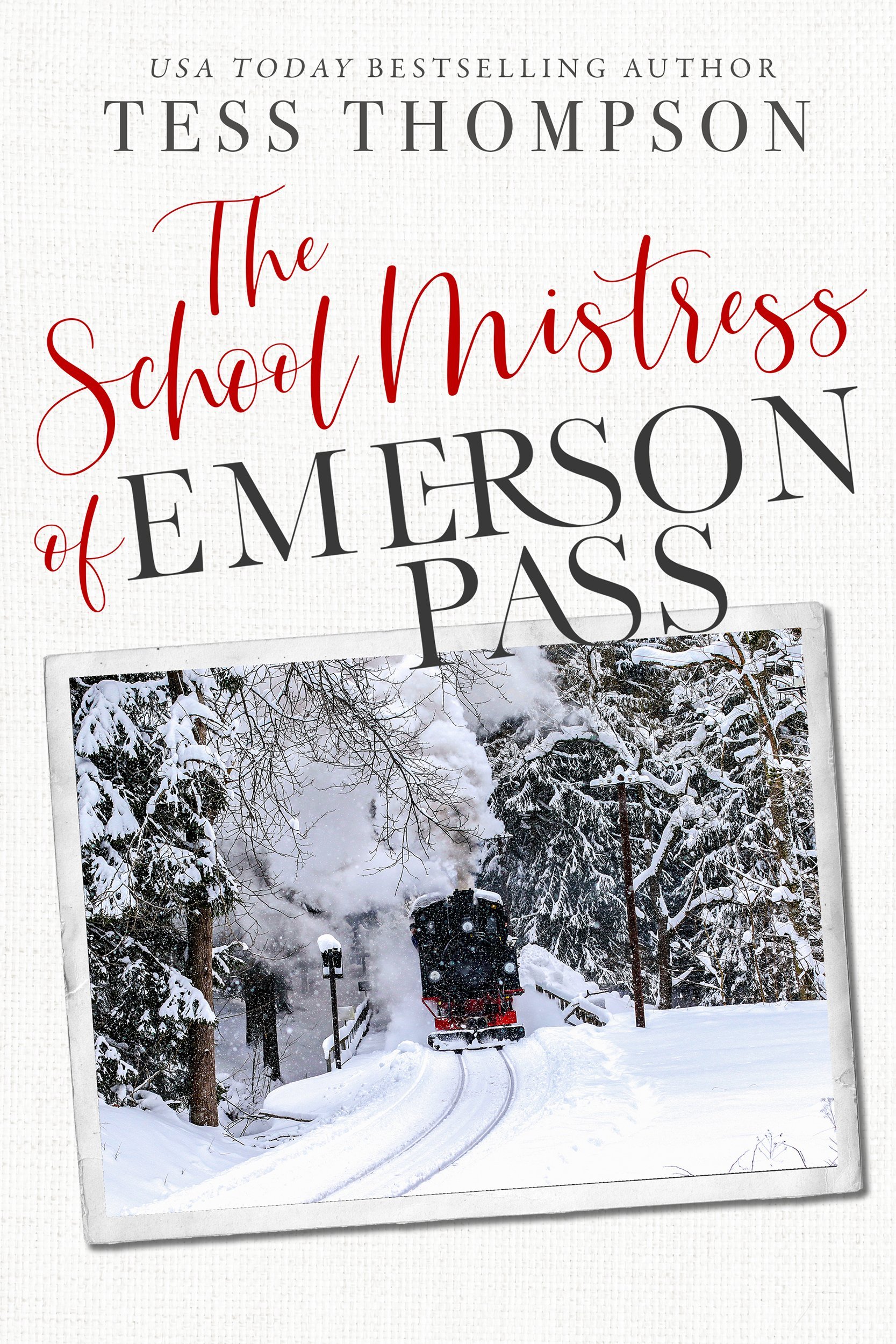