The rest of my life started with a yearning for one of those soft pretzels smothered in butter and sprinkled with salt. Having left Los Angeles in the middle of the night hoping to escape the paparazzi and running as hard as I could from my very public broken heart, I’d stopped only once to rest overnight in a motel with popcorn ceilings somewhere off the freeway in southern Oregon.

At the sight of the border patrol at the divide between Washington State and British Columbia, my stomach rumbled so loudly I could hear it over the car radio I had tuned to a country Christmas channel. After my grand escape from Hollywood and the insidious press that fed the gossipmongers 24-7, I hadn’t been able to eat. I’d been on the road for three days and had only eaten a bag of sinfully good potato chips, more diet sodas than I could count, and for health purposes, an apple.

I drove for a few more hours, passing by Vancouver and veering east before gnawing hunger forced the issue. What sounded good to eat? Anything I want, I told myself. It was Christmas Eve. I had a job that started a few days after the new year. But that was still ten days away. I’d treat myself. A soft, warm pretzel. That’s what I wanted. My mouth watered. I’d find a place to stay at the next town. Find a pretzel. Surely there would be one in these cold places? Wine, too. I’d buy a bottle of the best red I could find. Then I’d take a shower, put on my pajamas, and eat in bed while watching a sappy movie. My former fiancé hated eating in bed. Barbaric, he’d told me once. Well, screw you, I thought. Now I could eat crackers in bed if I wanted.

One of the problems with the great escape of the century? I hadn’t planned where to land. I had no hotel or motel or whatever they called a place where a girl could rest her head in the wilds of Canada. My only focus had been to get away before the whole big sin-of-a-city destroyed me with the finality of a wrecking ball. So when I saw the sign for Garland Grove, I took it as a sign. A town named for a Christmas tradition couldn’t be all bad, especially on Christmas Eve. I veered off the highway and onto a two-lane road that led toward town.

I’d never learned how to drive. With the tutors and the soundstages and the sitcom schedule, I didn’t have the time or the inclination. There were always drivers to take me places. Or, when we first started out in show business, my mother. As a present to myself when I turned thirty, I’d taken driving lessons from a man who’d promised discretion. All I needed was it getting out that Holly Turner didn’t know how to drive. When I got my license, I bought myself a sports car. A red Porsche. Because they were the best, right? I’d told myself I was an engaged woman, after all. A huge movie star engaged to another huge movie star. Soon we would have babies, and I would need to know how to drive a minivan. But until then, I’d told Rhett over the phone, I would enjoy a speedy roadster. I should have known then that something was wrong. He’d been pushing me to learn to drive for the entirety of our two-year relationship. In fact, he’d mocked me about arrested development. Shame was his favorite influencing tactic.

I sighed at the thought of the babies I imagined I would have with Rhett. I’d wanted all of it so badly. The marriage and children and the minivan. A normal life despite our very public lives. Then Rhett cheated on me in front of the entire world, and all my dreams vanished in the time it took for the gossip rag to post the first photograph of him and his costar living large in Paris.

The moment I passed by the Garland Grove welcome sign, I began to see the error of my particular car choice. As if I’d entered a snow globe instead of a small mountain town, flakes as big and wide as half dollars and as fluffy as cotton balls started to fall from the sky. Patches of ice darkened parts of the road. Driving school in Los Angeles hadn’t really covered ice and snow. Find a place to stay, I told myself, and then walk the rest of the week.

I crested a hill. The town of Garland Grove came into view. Nestled into a valley between mountains, it looked as if it were modeled after a toy Christmas village. I drove down the hill and came to a sign that said, “Welcome to Garland Grove, home of the famous garlands. Population 2,304.”I turned off the car’s radio. The bell from an idyllic white church with a tall steeple and double red doors decorated with large garlands chimed out the time. Noon on Christmas Eve. I was supposed to be getting ready for my wedding about now. Our ceremony was supposed to be at four on Christmas Eve. A lavish affair in Maui. Was it a coincidence that I’d come to someplace so cold? I was running on instincts these days, so who knew?

White lights draped across the main street and wrapped around vintage lampposts. Snow-covered brick buildings hosted quaint stores, including a candy shop, bakery, wine shop, and kitchen store. Bundled-up skaters flew around an outdoor ice rink in the middle of the main part of town. Windows from a bar named the Twisted Tinsel [MS1] twinkled with blue lights. And garlands were everywhere.

I sighed with relief. This was it. I could stay here and do whatever it was one did in a town like this. A perfect place to spend the holiday week hiding and licking my wounds. No one would care a bit about someone like me. I could blend in, even if I had to wear a baseball cap and hoodie.

Maybe I could find my sparkle again. Did I ever have any? My mother had certainly thought so when she sent me to my first commercial audition at only five years old. That one booking had turned into another dozen and then a situation comedy on one of the cable networks. Before I knew what was happening, I was famous at ten years old. Growing up in front of America isn’t all it’s cracked up to be. Every zit and awkward moment is captured on camera forever. The internet never dies, either. Any real-life awkwardness was also captured by intrusive photographers and gossip rags. By a miracle and my mother’s controlling watch, I managed to stay out of trouble. After the show that had made me famous, Only Holly, ended, I had several parts as the teenage daughter in big movies. In the second one, I proved I could actually act. I was a bona fide movie star, well respected and sought after. Yet I’d been empty and lonely until I’d met Rhett.

And there was my mother. Not today, I told myself. I would put her out of my mind and try to enjoy this beautiful village.

A kitchen shop caught my eye. Cooking was my hobby and stress reliever. Now that I’d have to find a new place to live since Rhett and I broke up, I would do some Christmas shopping for myself. A town like this would probably appreciate a little money to stimulate the economy. I passed by an inn with a no-vacancy sign. Surely a town like this had another inn or two?

Since the story broke, I’d been hounded by the press. They’d camped outside my house, snapping photographs anytime I went out for errands or to the gym. My neighbor in Malibu, Gennie Banks, had told me to go north. “Get out of the zoo for a bit. Clear your head. Figure out what you want to do after the film shoot coming up in Italy.” The role of a lifetime, I’d told her. Which meant I couldn’t take my broken heart to set. I needed to get myself together, or I might blow the best role I’d ever been offered.

A copper set of pots and pans caught my eye in the window of the kitchen shop. When I turned my gaze back to the street and saw the red light as well as a woman pushing a stroller through the crosswalk, I slammed on my brakes. The car, seeming no heavier than a tin of mints, slid sideways. I tried to straighten, but it was too late. I slammed into a parked truck, then bounced like a rubber ball across the street and hit another. The car careered back to the other side of the street into a lamppost and finally came to a stop. My body flew forward. I smacked my forehead into the steering wheel before the airbag went off, trapping me against the seat. Black dots danced before my eyes before coming together into complete darkness. 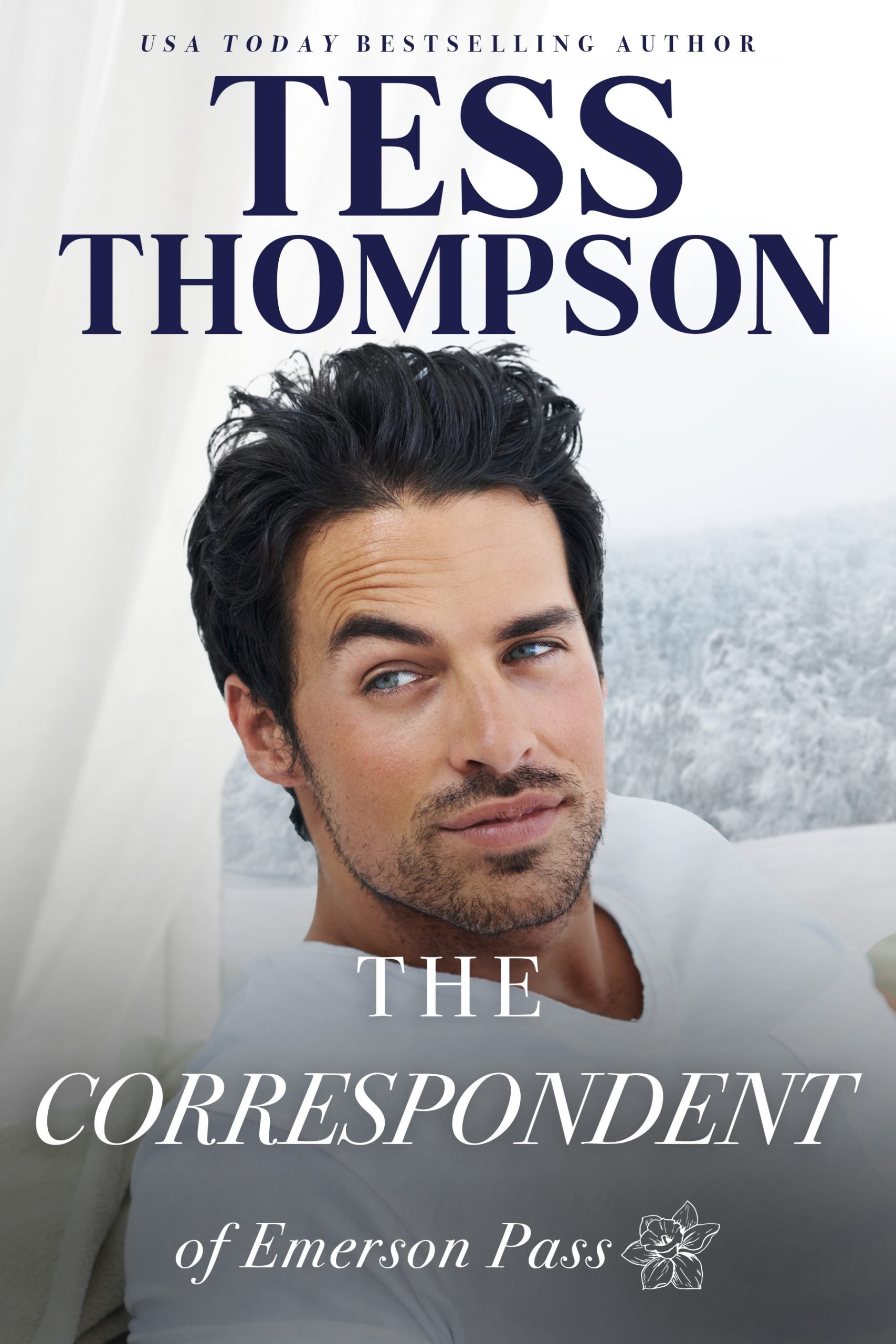